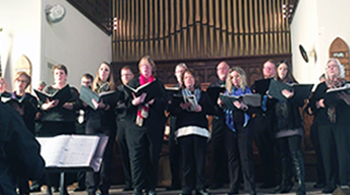 A group of male and female voices from across the Iron Range. They sing choral jazz music, as well as other popular music from the last few decades. They have been performing for almost two years. We are pleased to welcome them to B’nai Abraham.

Questions about
Friends of B’nai Abraham
Contact Margie at: maostrov@gmail.com

Board of Directors
The Friends of B’nai Abraham